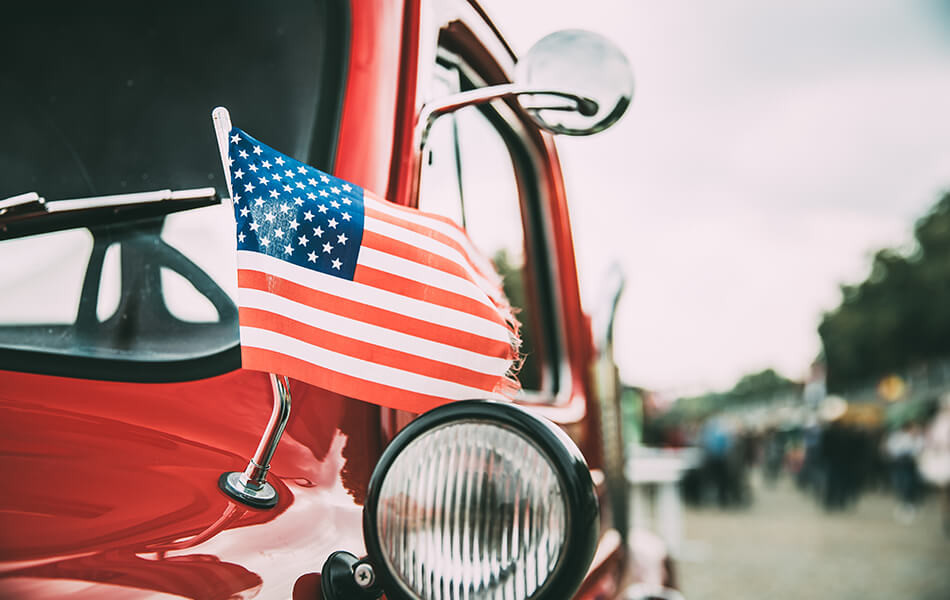 Automobiles have a rich history in America. From the nostalgia of classic drive-ins to the happy memories of family road trips, cars have played a huge part in our culture. This Independence Day, we take a look at some interesting American car facts!

Though the automobile was first conceived in France and Germany, the United States was the first country to perfect mass production, which would become an industry standard. Henry Ford’s Model T was the first car to be produced for consumers and sold for $825.

2. Bicycle Mechanics Made the First Gas Car in the U.S.

J. Frank and Charles Duryea, bicycle mechanics from Illinois, are credited with creating the first gas-powered automobile in the U.S. in 1893. They also won the very first automobile race in 1895.

3. Almost Everyone Has a Car

According to a study taken this year, In the U.S., over 93% of households have access to an automobile. California holds the record for the most registered automobiles at over 14 million. The state with the fewest registered cars is Alaska at just over 189,000.

4. Travel is Second-Highest in Budget

On average, travel and car expenses make up the second-highest portion of monthly bills for Americans. Housing expenses are first, and groceries are third. This budget percentage accounts for car payments, insurance, gas, and other travel expenditures.

5. The Best-Selling & Most Popular Brands are Japanese-Made

This Independence Day, toast to the independence vehicles have given us as Americans. Cars revolutionized how we work, travel, and live. Owning a vehicle is a privilege in our country, so be sure to take care of your car and, as always, from all of us here at Quick-Set Auto Glass, drive safely out there!