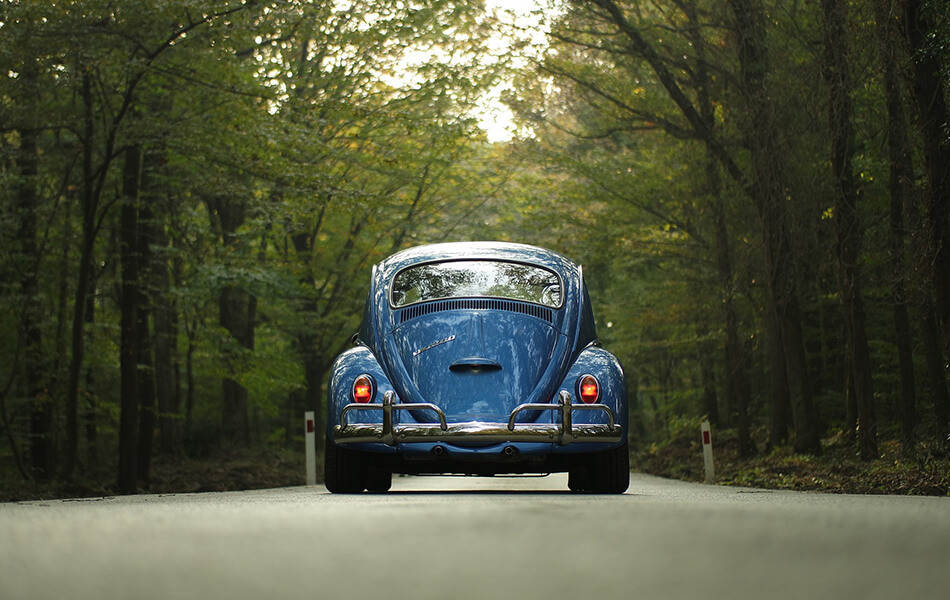 June 2019 marked the end of an era. Volkswagen made the decision to halt production on the Beetle, a beloved model that has been part of auto history since 1938. From the hippie 60s to historic World War II Germany, the “slug bug” has had quite a run. There have been three versions of the iconic car, and it has shown up in movies and television shows countless times. To celebrate the history of the Beetle, and to say goodbye, here are six fun facts!

1. Designed by a Student

A decade before Beetles went into production, the chassis design was created by an 18-year-old Hungarian student named Bela Barenyi. He contributed numerous innovations to auto design and is recognized as the father of vehicle safety.

No vehicle in history has had a longer production run than the Beetle. Since the first model came out to the last original Beetle released in 2003, the Beetle had a long run of 65 years in production.

“Volkswagen” in German translates to “people’s car.” This appropriate name suits the adaptive Beetle, though it has countless other nicknames in various countries, including “ladybug,” “turtle” and “frog.”

4. Same Size as a Whale’s Heart

The VW Beetle is about the same size as the heart of a blue whale! Their hearts can also weigh up to 1,000 pounds. Beetles can weigh up to 3,200 pounds.

5. White and Black Most Popular Colors

As of 2018, white and black are the most popular Beetle colors. Blue is the third most popular, and the least popular is yellow. Green, orange, and silver are somewhere in the middle of the popularity scale.

Another interesting and unique VW product, The Thing car was a spin-off of the Beetle. Unfortunately, The Thing never took off like the Beetle. Its odd, boxy shape just didn’t catch on with many drivers.

Though the beloved slug bug is no longer in production, Beetles have been part of world auto history for years. They live on in TV, movies, classic car shows, and through people who love their bugs. VW Beetles truly are “the people’s car!” From all of us here at QuickSet Auto Glass, drive safely out there!