Learn How To Jump-Start A Car 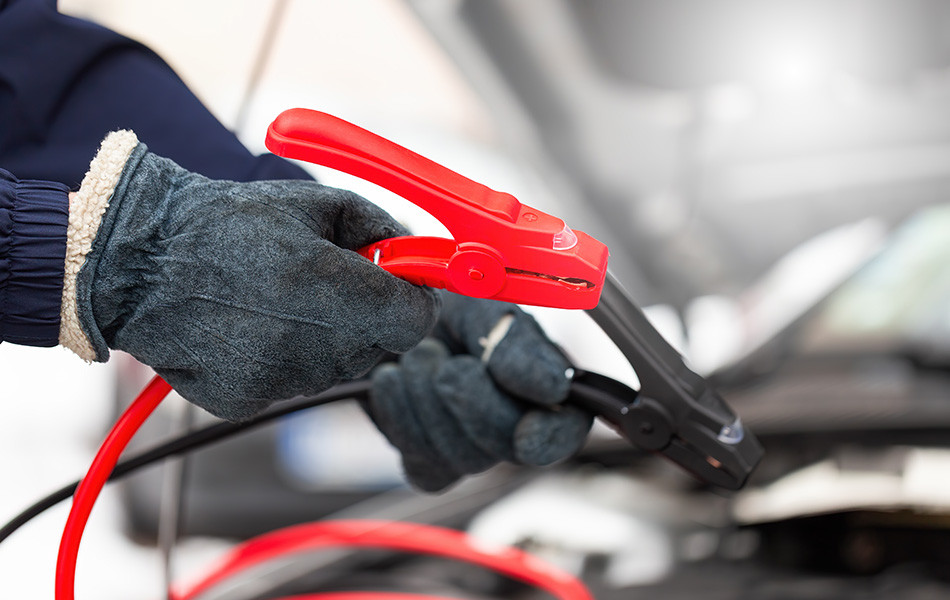 Learn How To Jump-Start A Car

Car trouble happens and it can be a real bummer, especially when it involves your battery. Chances are that at some point in your life, you or someone you know will require a jump start to get their battery running again, and it never hurts to educate yourself on the proper steps involved.

Scroll on for a step-by-step guide for jump-starting a vehicle.*

*Please keep in mind that these steps are meant for vehicles utilizing traditional fuel. For instructions on jump-starting electric vehicles, click here.

Step 1: Do Not Listen To Michael Scott.

Fans of the US version of “The Office” may remember Dunder Mifflin regional manager Michael Scott’s well-intended but thoroughly-dangerous advice for his future son:

This is truly terrible advice which understandably prompts assistant to the regional manager Dwight Schrute (who is also the cameraman for this project) to shake his head at the camera, discouraging Michael’s future offspring from following the same.

To start, park the vehicles close together without touching (either next to each other or facing each other), then turn them both off, set both parking brakes, and remove the keys from both ignitions.

Next, pop both hoods and locate the batteries. Have the jumper cables ready.

Using the jumper cables, attach the clips in the following order:

Step 4: Start Your Engines (But In This Order!).

First, start the engine of the vehicle with the full battery and let it run for a few minutes before attempting to start the other car. If it doesn’t start, let the other engine run for several more minutes, then give it another try. If the car with the dead battery still doesn’t start after a few tries, it may not be able to receive a jump and will need to be replaced.

On the other hand, if the vehicle with the dead battery does start, keep the engine running. You can then remove the clips from both vehicles, but make sure to do so in the opposite order that they were attached. For best results, the vehicle with the previously-dead battery should be driven for fifteen to thirty minutes to allow the battery to recharge.

And there you have it!

While a jump start is certainly not a substitute for replacing a battery that has run its course, it is undoubtedly a useful skill, whether you are providing or receiving the jump.

Keep expanding your knowledge of vehicle-related skills and maintenance, and from everyone at Quick-Set Auto Glass, drive safely out there!